The Tushar 100k  has to be hands down the toughest, rowdiest and most incredibly most beautiful race in North America.

The race is located high above Beaver, Utah in the Tushar Mountains. A little known range of mountains that are so incredibly beautiful and rugged. It was time to get crushed in the Tushars.

The race starts and finishes at Eagle Point Ski Resort at the base of Mt. Holly at an elevation of 10,500 feet. The race started at 5am with a slight downhill into a mud bog from the recent construction happening on the ski resort to upgrade their snow making capability. After a short descent the route takes a left up hill past an old cabin crossing through a meadow where I saw bear prints that were pretty fresh. Very cool. The route continues up and over a saddle switchbacking down a bit before going back up for awhile to a ridge line to descend down some knarly singletrack. Up and down it goes until we hit the first aid station; Alunite. We would see this aid station twice. The second time on our way back to the finish.

After leaving the Alunite aid station it was a grind up an old mining road for a mile or so, up and over a ridge and down some great single track mixed with some mining roads and up a 2000 ft climb to the top of Mt Delano, the high point on the route. Once on top it was down the other side of Delano to the second aid station; Skyline.

After passing through Skyline aid station we ran down a road which is a popular ATV camping area for the local hilljacks of Utah. Than it was onto some sweet, pretty buffed out singletrack going up for about 5 miles to Mud lake aid station. I was all by myself for the first 20 miles or so. There was a small lake which looked like mud (hence the name Mud Lake) more like a pond or tank like we call them in Arizona. My shoes became muddied  from running to close to the shore line. This was a short out and back aid station. I saw Tyler (he camped near us at the start area) at this moment who I would pass later on the way to Miners Park. After leaving Mud Lake it was on to more rocky singletrack and dropping down 2000 feet in about 5 miles to Blue Lake before climbing back out of Blue Lake on a mining road to the Bullion Pasture aid station at mile 28. Almost half way!!! I was feeling pretty good still and had been running off and on with other badass runners but mostly by myself. This would change as I would meet a new "trail brother".

After leaving the Bullion Pasture aid station which we would see twice and where we had our drop bags it was on to an out and back to Copper Belt Peak. About 12ish miles total. I ran down a road for almost 3 miles where the awesome married couple of Rich and Erin McKnight were manning. Hugs from them both made my day! It was mile 31 now. I would see them again after climbing up to Copper Belt peak. The climb to Copper Belt Peak was tough. I had caught up with Tim Shupe from Lehi Utah as we had leap frogged during the first half of the race. He is a fast mofo down hill. I was in awe seeing him run down some knarly singletrack in the first 5 miles. We stuck together the remainder of the race pushing each other to our limits. He was fast downhill and I was fast uphill.

After gaining the peak of Copper Belt (I gave it the middle finger) we were happy to descend down back to the aid station to see Rich and Erin again. Mile 38. After some orange slices and chickpea wraps it was off to climb the nearly 3 mile road back up to Bullion Pasture aid station. At this aid station I changed socks and shoes. I should have left my original shoes on as the second pair felt a bit tight. Oh well. It was what it was. My middle toes are longer than my other toes and they were taking a beating with all of the descent. They would feel much worse later on.

Now we had a 4000 foot descent in 7 miles down to Miner's Park aid station. Long, long descent. Tim was crushing the downhill and I was just hanging on to keep him in sight. So far the weather had been decent, being a bit warm and only a few rain drops and high wind. Partly cloudy. Pretty ideal weather. We passed Tyler and his pacer on the long descent. I was pleasantly surprised as our overall standings just got better. Down at Miner's Park aid station the second place female was there looking a bit shattered. She had a pacer as well and they headed out just behind Tim and I. She ended up finishing about an hour after us. She didn't look overly happy when we saw her at the aid station. We ended up passing two racers putting us easily into the top ten. The day was looking better and better. In my eyes its about beating everyone: chicks or dicks!

After descending down to Miners Park it was time for the big dawg 4000 foot ascent to Edna Peak. It began with a few miles of an old mining road switch backing up and up and up! Tim was struggling and I just kept being positive. PMA....positive mental attitude! Than it got ugly making a left turn straight up about a mile on nothing at all resembling a trail. Just follow the flags. The wind was turned on high with a few clouds threatening a rain storm but nothing at all. Tim was struggling up the climb. I would wait a bit for him. It was great team work. After summiting the peak it was a couple miles down to the last aid station; Alunite which I could see from the peak. It took forever to get there. Tim and I arrived about 8.20 pm. The aid station was manned by Scout. A freako awesome person. We sat down and I had some broth with noodles. I was pretty shattered at this moment. 7 miles to go!

The last 7 miles we had done earlier in the day. It wasn't as much climbing but it was a total knife fight! We had to turn our lights on with about 5 miles to go. Tim was crushing the descents and I was still hanging in there with both feet hurting at this point. The flagging was hard to see at night as some of the reflectors had fallen off the flags. Teamwork from both of us made it easier. If I was alone it would have taken longer as I heard from other racers.

Tim and I crossed the finish line together arm in arm. It was so awesome to finish. Having a trail brother out there made a big difference. Tim and I tied for 6th place in 17 hours and 42 minutes. We were in 7th/8th place earlier on in the race and passed two racers in the second half who both had pacers but Tim and I were a great team. Covering ground quickly. My total stopped time was only about 20 minutes the whole day. What an accomplishment. 16,700 feet of climbing!

Fantastic Race Report And Welcome Back!! Looking Forward To The Rest Of Your Race Season. Hope AZ Is Still Treating You Well And Hope To Cross Paths With Ya At Some Point.

Dude IT WAS GREAT TO BECOME YOUR TRAIL BRO! Great write up.

When it comes to receiving a PayPal refund, two things influence the amount of time it takes for payment to arrive: the PayPal system and the human aspect. The seller, not the PayPal device, is responsible for issuing refunds. How long does it take for your refund to arrive, depending on the method of payment you used? The following are the steps to refund money in a PayPal account as we have given this article. If the payment is not refunded in your PayPal account after following the steps, For immediate assistance go to PayPal Service Number via Paypal Bellen, they are available 24/7.

This is a testimony that I will tell everyone in the world. i have been married for 4 years and on the fifth year of my marriage, another woman had a spell to take my lover away from me and my husband left me and the kids and we have suffered for 2 years until i meant a post where this man Zuma Zuk have helped someone and i decided to give him a try to help me bring my love Husband home and believe me i just send my picture to him and that of my husband and after 48 hours as he have told me after doing everything he asked me to do, i saw a car drove into the house and behold it was my husband and he have come to me and the kids and that is why i am happy to make everyone of you in similar case to meet with this man and have your marriage fixed His email: spiritualherbalisthealing@gmail.com whatsapp him on this +15068001647..... thank so much Zuma Zuk. 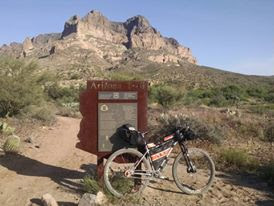 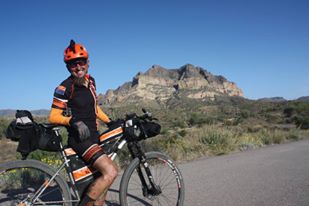 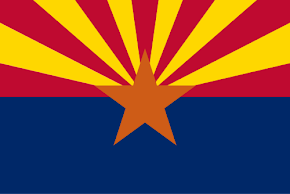